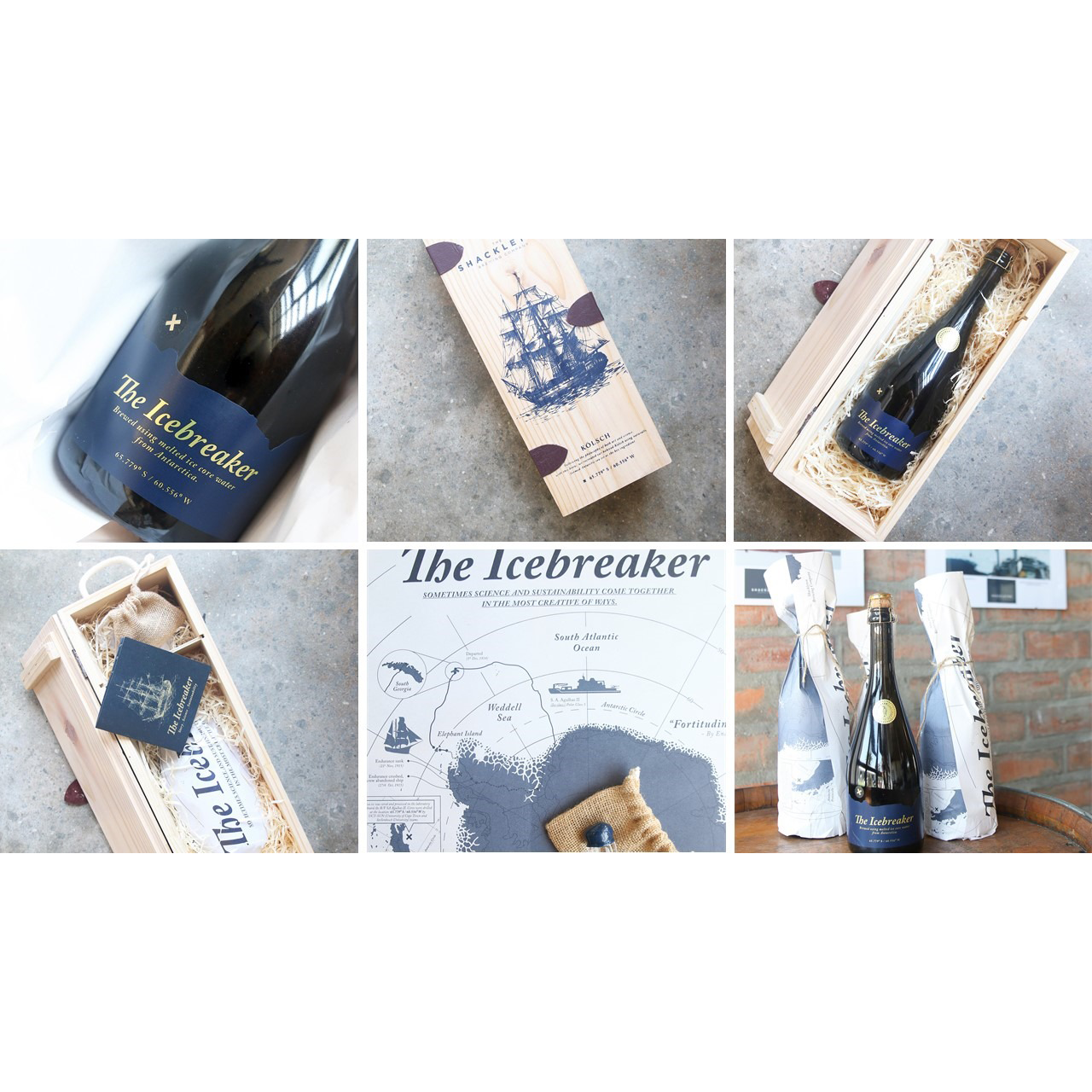 More about the Poject:

Brewing is both a science and an art. With this philosophy in mind, we have recreated our beloved Kölsch beer using naturally formed Antarctic sea ice cores as the primary ingredient.

Using organic malt, sensibly harvested hops and a distinct amount of water from the melted ice cores, we have created a beer that exemplifies the word ‘Sustainability’. It is celebration of both Antarctica and the research done in the ocean and Antarctic spheres. The beer and the project speaks for itself…proudly innovative, sustainable and conscious.

Each bottle come’s wrapped in it’s own wooden box, home to a vile of Antarctic Sea Ice water, a map of where the ice was collected and who was involved in the project.

10% of the proceeds are donated to the SEAmester Programe which encourages young South African scientists in the fields of Ocean and Antarctic research.

0
0
Your Cart
Your cart is empty
Continue Shopping